The Amazon advertising/retail media management industry is growing by leaps & bounds and is an exciting new advertising channel. Amazon in just a few short years has become a major player in advertising and its consumer media optimization capabilities have improved dramatically over time.

In the past few months, many of my conversations have been geared around Amazon’s Media Platforms, overall eCommerce data strategies, and effective media optimization strategies within Amazon and the emerging plethora of other retail marketplaces too (Walmart, Instacart, etc). I’ve also been really interesting to notice where people in this industry previously came from.  As an example of two camps of people professional backgrounds I’ve seen:

1. People who are ‘native’ to Amazon and Retail Media management. They grew up in industries such as shopper marketing, retail media management, or are native to the Amazon eCommerce industry.

2.  People who previously had experience in other digital performance media channels such as search engine marketing or programmatic DSP buying and now have moved into the Amazon/eCommerce space.

In traditional digital marketing performance media channels like Google & Facebook, the advertiser has complete control over the shopping experience post-click. In sharp contrast, the Amazon platform owns the post-click experience in online retail commerce, and this dramatically increases complexity for brands and their agencies. One effect of this difference is the Amazon practitioner has many more ways in which to impact buyer behavior including a variety of different shopper-centric signals (to be discussed next) and even has at their disposal Amazon Retail Operations data. This is data that Amazon makes available such as sales and advertising performance metrics.

3. The Amazon intertwined nature of organic and paid media

Senior marketers at brands & agencies who manage company people resources need to understand the training & resource nuances of Amazon/eCommerce vs traditional digital performance channels. In the past, when the social media marketing wave hit or the programmatic DSP buying channel emerged, I saw a lot of brands/agencies simply move their ex-SEM professionals into these new performance channels. And for the most part, the learning curve for these ex-SEM professionals wasn’t very steep.

This isn’t necessarily the case with moving ex-SEM professionals into Amazon media buying. To win the Amazon/eCommerce performance media game, as mentioned before, the practitioner needs to take into consideration other non-advertising optimization factors such inventory levels, competitors pricing, badging, reviews, delivery dates, and organic ranking to name a few. Hence, Brands/Agencies need to have a different set of resource skillsets working on Amazon Media activities and be prepared to invest in training their practitioners in understanding the holistic set of variables that affect media optimization performance.

It’s still early days with Amazon in their ongoing development of practitioner toolsets compared with more mature and sophisticated tools available for Google, Facebook, or other Programmatic DSP ad platforms. Because of this, Amazon/eCommerce practitioners need to review and consider a new set of Amazon media optimization and data platforms to improve upon advertising results and reach new customers.

Certainly, these are only a few of the major differences between historical performance media channels and this new Amazon and Retail Media marketplaces ecosystem. I’d love to hear from others who came from the SEM or Programmatic DSP buying space and hear your thoughts on other similarities and differences.

Alan is the Chief Commercial Officer at Intentwise. He comes with 20+ years of experience in the advertising, marketing, and technology industries.
More Posts 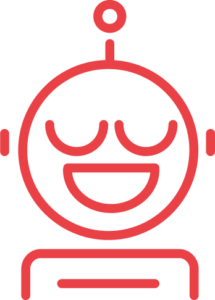